Time: 4-7 hours depending on fitness level.

Grade 1 (YDS): Technically easy, low risk of injury. Hands are not generally required but there may be a steep ascent. 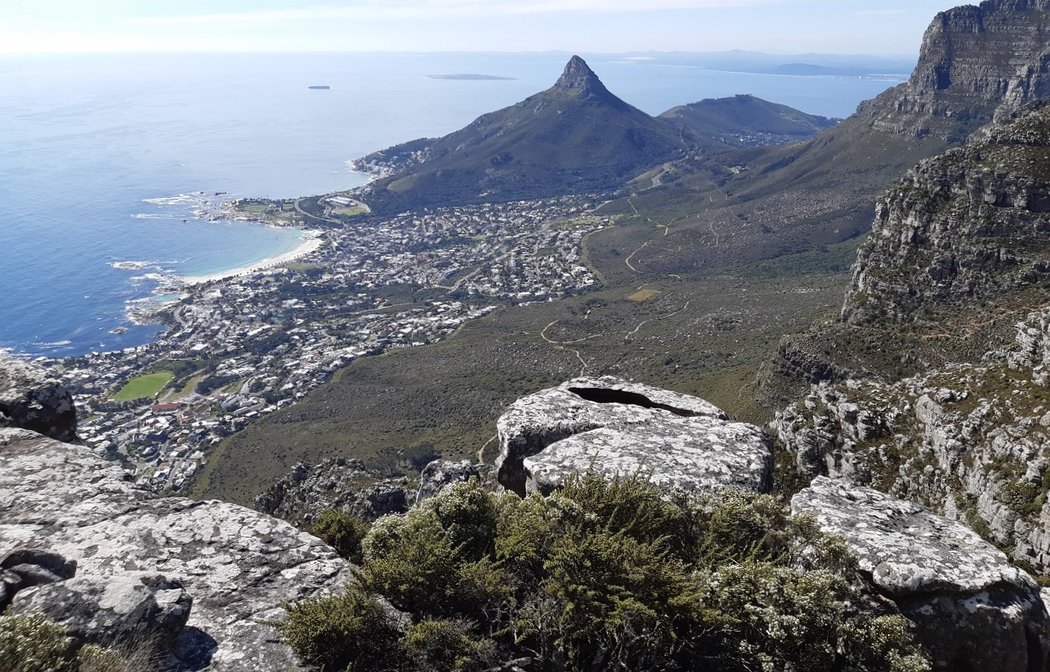 Kasteelspoort is one of the most popular hikes up the Western side of Table Mountain. The name Kasteelspoort means Castle's Portal in Afrikaans (originally Dutch). This side of the mountain was previously know as the Kasteelberge (Castle Mountains). The first part of the trail is the old Pipe Track, which was constructed to service a pipeline that was built to carry water from Table Mountain's back table to the Molteno reservoir in Oranjezicht.

We walk along the Atlantic side of Table Mountain and are treated to spectacular views of Camps Bay and Bakoven before we start heading up the Twelve Apostles. The name Twelve Apostles refers to the twelve butresses that outline this side of the mountain.

Table Mountain looks flat when seen from the front, but experienced from this side - it is anything but flat. Getting to the top is a little workout, but we stop along the route to take in the stunning views. We're wakling in the Cape Floristic Region, one of the six floral kingdoms in the world and home to the Fynbos vegetation.

The trail winds its way up the ravine. At the top of Kasteelspoort there are remnants of the old cable car that was used to ship supplies for the construction of the reservoirs on the top of Table Mountain in the late 1800s.

We stop at the famous cliff overhang referred to as the Diving Board, featured in many an Instagram account. 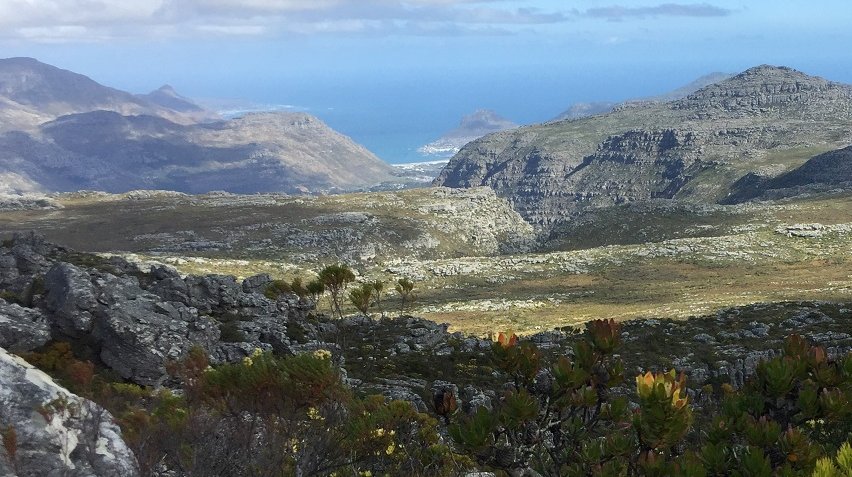 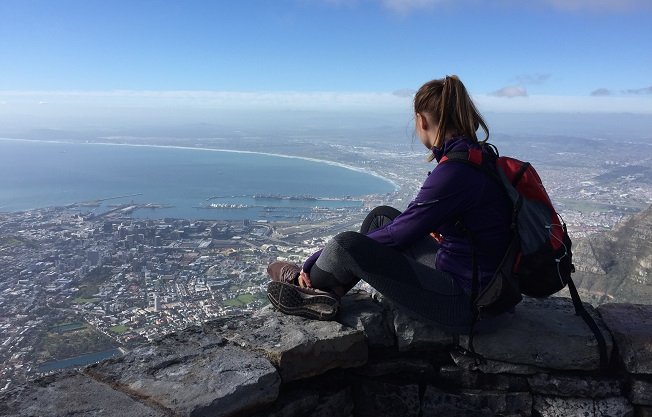 On arrival at the upper cable car station we spend some time to take in the 360 degree views. On clear days it will give you a phenomenal bird's view of the city bowl, Lion's Head, Devil's Peak, Table Bay, Robben Island, the southern suburbs and the Cape Peninsula.

We take the cable car down the mountain. 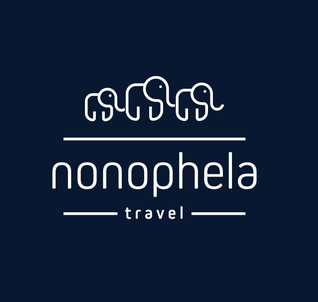